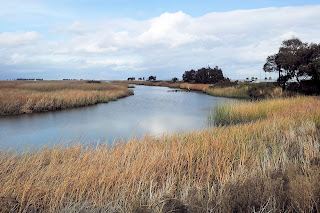 I love finding new places to paddle! Today we went and checked out Bay Point Regional Shoreline. East Bay Parks has a water access trail here that you can use to fish from the shore, launch a kayak or just take a hike around the 1 mile loop trail. This small park has restrooms and free parking available. We arrived at the park just after 12:00 and low tide was predicted at 2:45 at .88 ft.. I'm guessing when we arrived the tide was just under 2 ft. and it would have made for a muddy launch.  There was about a 3 foot drop from the edge of the shore to the water. It was definitely doable but I didn't feel like getting muddy so we ended up launching next door at McAvoys Yacht Harbor. It costs $10 to park and use their launch ramp. The ramp is open 24 hours but the bait shop, which is where you pay the fee is open from 6 a.m. to 6 p.m. and on weekends they are open until 8 p.m.. If they are closed there is a self pay box next to the ramp.


This area is  a great place to explore! There are many sloughs to check out and it looks like a lot of people fish here.  After launching we headed north and then turned east at the first channel. We saw about ten Cormorants resting on a barge and the surroundings were surprisingly peaceful. We continued heading east until we came upon another slough which took us north toward Suisun and Honker Bays. Once in the bay we headed west and stuck close to the shoreline. The weather was actually very nice despite the threat of rain. We paddled for about an hour before deciding to head back. This is a great spot to go for protected waters just be sure to check the tides before venturing out. I'll definitely be leading tours from this location so be sure and check out my website if you would like to join a scheduled tour or design your own paddle and would like a guide. There are lots of possibilities! 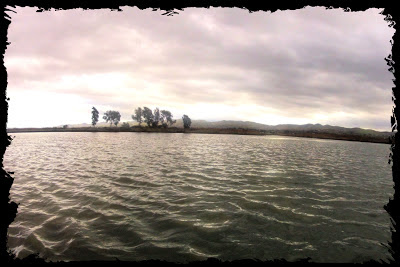 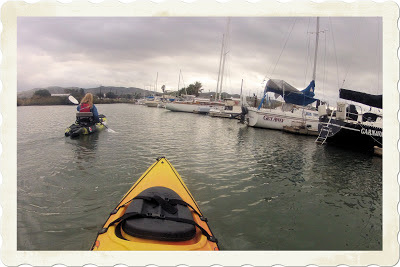 Posted by Kathy Bunton at 4:58 PM No comments:

It’s official! Delta Kayak Adventures is now open for business! Check out our website deltakayakadventures.com and like us on Facebook and Twitter to get up to date information on upcoming tours and events. We have a lot of plans in the works including rentals, classes, and even a kayak fishing club to name a few. I’m very excited about the opportunity to share my passion of kayaking, and I hope you will tell your friends and family. Don’t let the weather fool you, fall, winter and spring can be the best time for paddling.
If you have any questions, suggestions or comments, please contact me via email at deltakayakadventures@gmail.com.
Our first official paddle will be Saturday, November 24th. Check out deltakayakadventures.com and then call to book your reservation!
Posted by Kathy Bunton at 8:36 PM 1 comment: 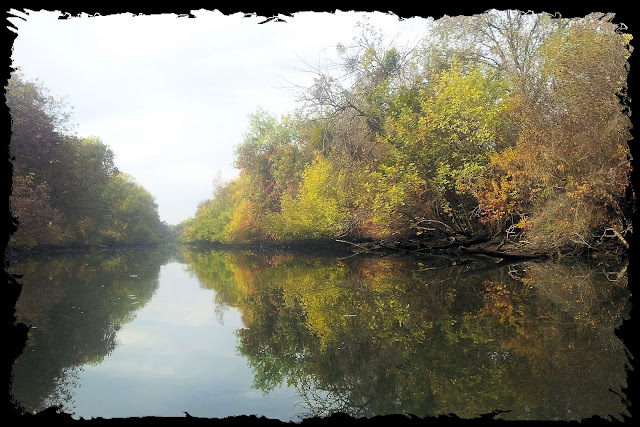 Thursday my son and I had the pleasure of paddling the Cosumnes River Preserve. We launched at about 11:15 a.m. and the weather was perfect. The temperature was in the low 60's and there was barely a current. A 1.09 ft. low tide was predicted for 1:15 and made for an interesting return as it was extremely shallow (less than 6 inches) in some places along Middle Slough. Definitely consult the tides before departing on this trip. 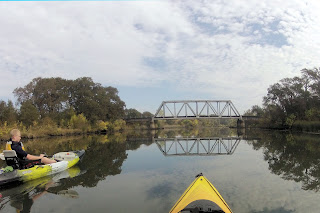 This is a great time of year to explore the preserve. We spotted Sandhill Cranes, Herons, American Bittern and many different types of duck. The foliage along the shoreline is changing colors and makes for a beautiful landscape. 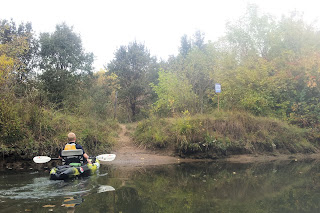 We paddled at a leisurely pace about 2.5 miles to what the preserve calls "the tall forest." This is a great spot to stretch your legs and eat lunch. After we ate our lunch we hopped back in our boats for the trip home. I brought my fishing pole and tossed my line in a couple of times with no success. I had a lot on my plate this day so I didn't get to spend as much time here as I would have liked but I'm glad we did it. 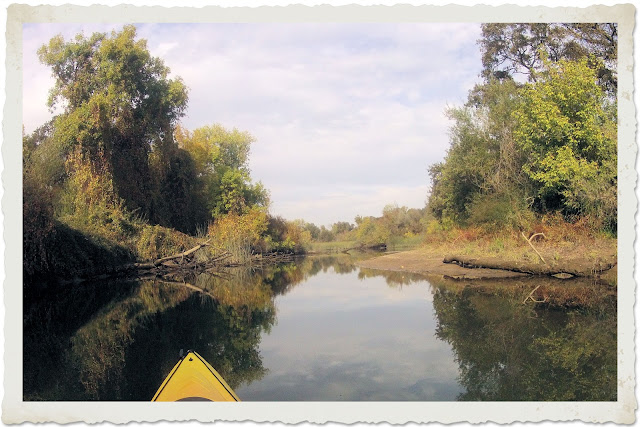 Posted by Kathy Bunton at 6:18 PM No comments:

Great paddle today! Some friends and I launched from Sunset Harbor on Bethel Island just after high tide. The temperature was 56 degrees and there was a gentle breeze blowing. We decided to paddle Dutch Slough and head into the wind towards Big Break. Shortly after launching, Jessie and I spotted a seal about 100 yards in front of us. We watched him surface and dive a couple of times before we lost sight of him. I love paddling the Delta because you never know what you might see. 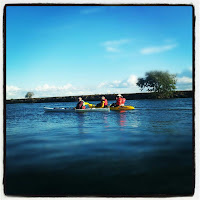 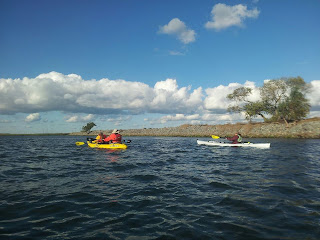 It took us just over an hour to reach the mouth of Big Break. Along the way we spotted a great blue heron and many other aquatic birds we could not identify.

We thought the paddle back to the launch would be easy with the wind at our backs but now we were paddling against the current and it took a little more effort than we expected. We took our time and soaked in the scenery exploring the marsh along our journey. It took us about an hour and 20 minutes to return from big break . We paddled nearly six miles and we all had a great time and a good workout. 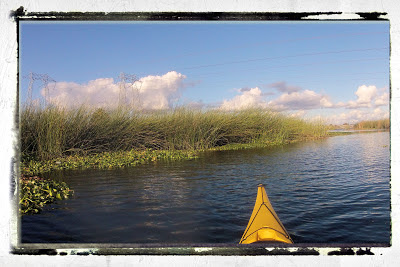 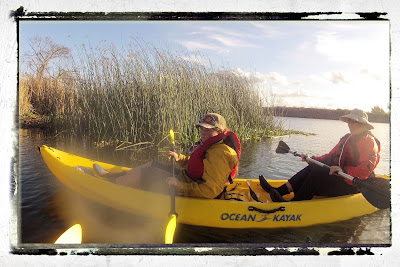 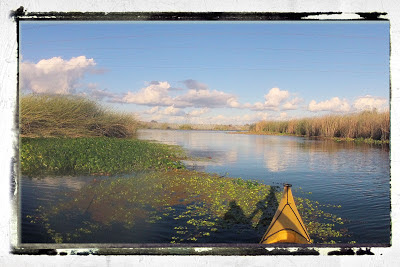 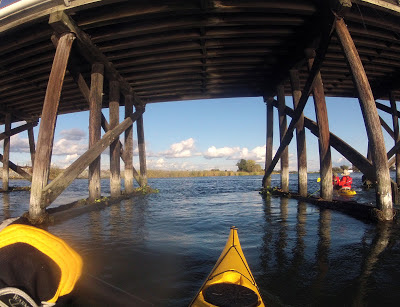 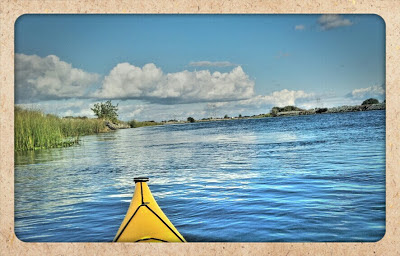 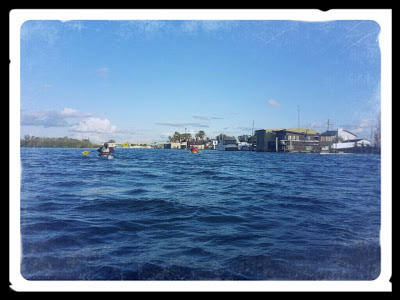 Posted by Kathy Bunton at 10:42 PM No comments: 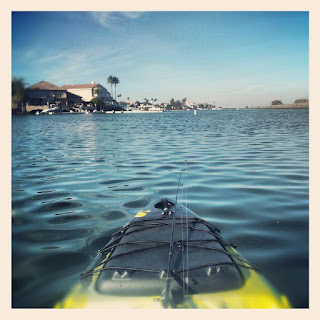 The past couple of weeks have been crazy for our family but Saturday my youngest daughter and I were able to actually do some paddling and some fishing to boot. The day was absolutely gorgeous. It's hard to believe it's the first week of November.

I thought we would go somewhere I haven't been before so my plan was to go to Orwood Resort in Brentwood and launch. It was the first time, and last, that I hadn't called a marina first to check the cost to launch kayaks. I was surprised to find out that they don't allow kayaks to launch from their marina. They have three boat ramps and several docks but no kayaks allowed. That's a shame because it would bring more paying customers to their resort and give kayakers a chance to explore the area. 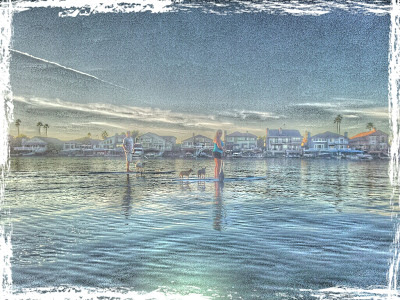 I checked my launch ramp app on my phone and was directed to a place called Cruiser Haven only 1.5 miles east of Orwood. Unfortunately, the app was incorrect. There was no ramp or dock to be found.

We decided to head down to Discovery Bay Marina and spend our afternoon there. We launched our boats and headed north to find a spot to fish. My daughter isn't fond of fishing from a kayak but she said she had fun watching me fish. I got a couple of bites but wasn't able to reel them in. It doesn't matter because I just love being out on the water and being able to share that time with my kids.
Posted by Kathy Bunton at 10:31 PM 1 comment: