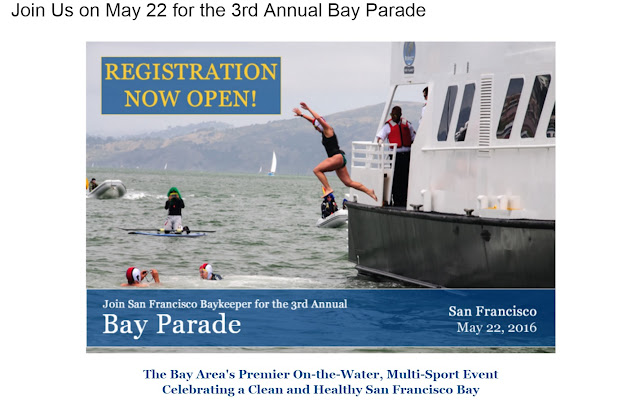 In support of a healthy San Francisco Bay I want to inform you of a fun and exciting event coming up May 22nd!

Posted by Kathy Bunton at 11:59 AM No comments: 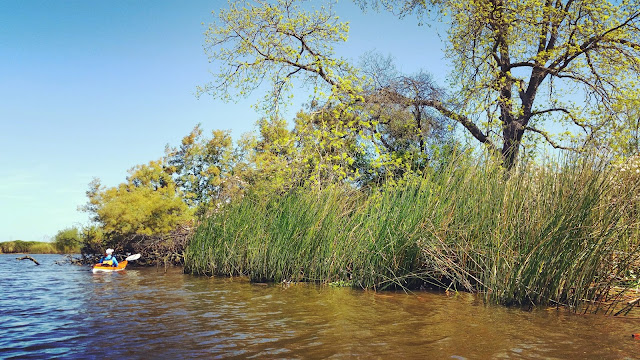 I've been paddling quite a bit and haven't had a chance to do any write ups. I suppose that's a good problem to have. I'll start with one of my most recent new trips - paddling Middle River to Mildred Island. 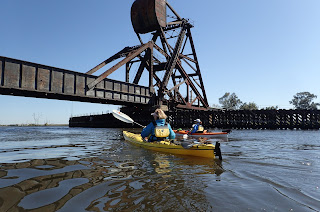 This paddle was 9 miles round trip but could have been much longer with so many smaller islands and sloughs to explore. We launched from Cruiser Haven Marina and headed north with the outgoing tide and chose to turn right before going under the Orwood bridge owned by BNSF railroad. We made our way along the south side of the 7,000 plus foot bridge which protected us from the strong winds blowing from the north. 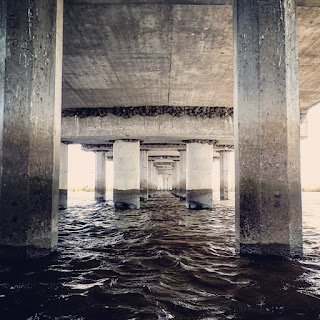 Once we reached Middle River we turned north and did our best to use the tule and marsh covered islands to keep us from paddling into the wind. We reached the Bacon Island bridge and we encountered hundreds if not thousands of swallows building their nests under the bridge. They were very busy as they darted back and forth with mud for their homes. 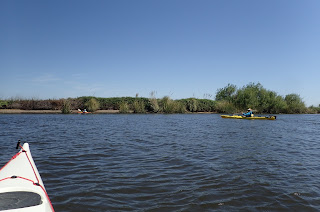 Mildred Island flooded and was abandoned in 1983 and is now home to many fish species. It's also a very popular anchorage for pleasure boaters throughout the summer months. There appears to be many beaches available for landing, at least at low tide. We only explored a sliver of this special island and were very pleased with what we found. There's definitely more to see here and I look forward to returning soon! 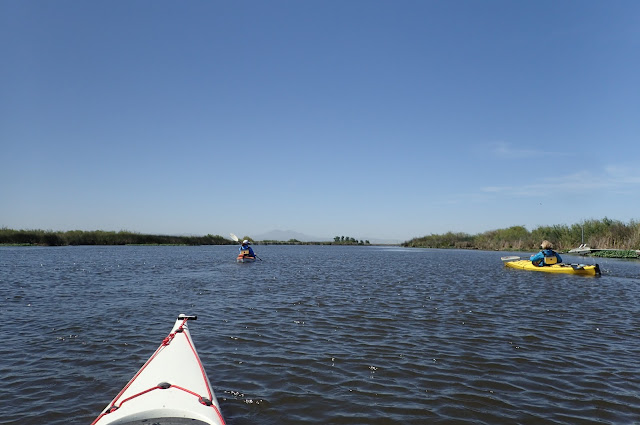 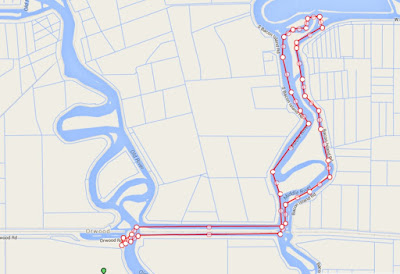 Posted by Kathy Bunton at 6:47 PM No comments: