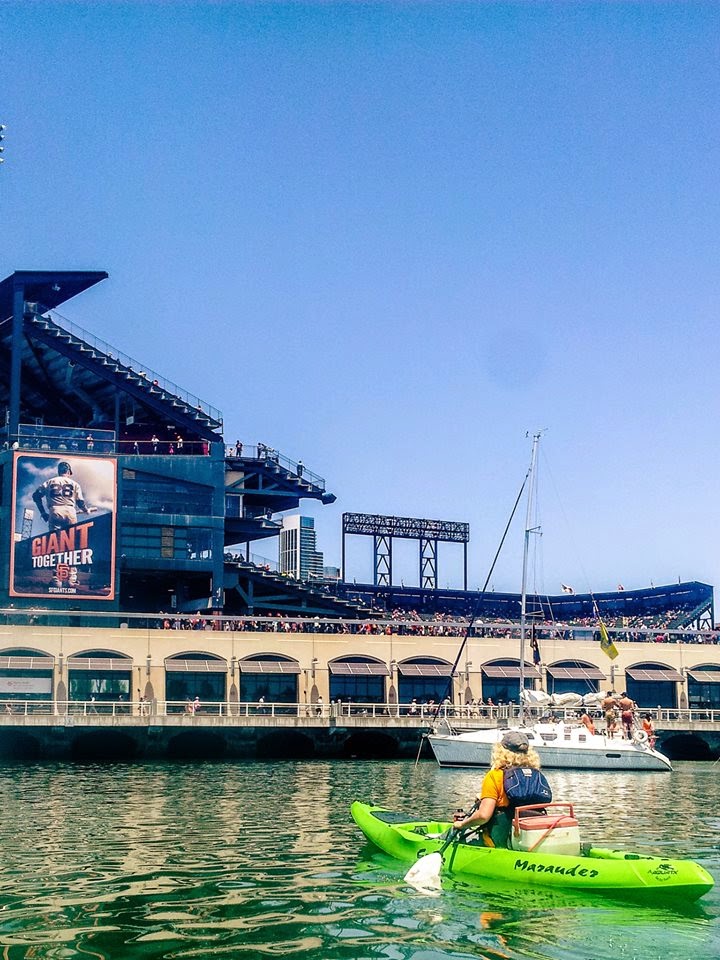 This past Sunday I finally paddled to McCovey Cove and hung out there with my daughter and a couple of friends.  I'm a huge Giants fan and have always wanted to hang out in the Cove and possibly grab a "splash hit."

We attempted to escape the heat of the East Bay but it followed us to San Francisco and made it an amazing day to be on the bay. The tide was perfect for game time with less than a 3ft variation for the time we were on the water. We brought anchors along just in case the current was strong but they weren't needed for this day.

We launched from Pier 52 around 12:30 p.m. with a light westerly breeze and paddled past the merchant ships towards McCovey Cove. We timed it just right as boats and watercraft of all shapes and sizes were making their way to the Cove.  We arrived just in time for the National Anthem.

The paddle from Pier 52 gave us the opportunity to view the City from a whole different perspective. As I scanned the horizon I soaked in the view of AT&T Park on the left with towering skyscrapers in the middle and the Bay Bridge leading away from San Francisco. What a spectacular sight with tankers moored, container ships heading to port, sailboats, yachts, boats filled with tourists and ferries loaded with Giants fans.

With the sun blaring down on us we were pleasantly surprised to see shade available under the walkway that surrounds the park. When we weren't floating in the splash zone we could duck under the walkway to get out of the sun and cool off. At one point there were 40 kayaks and at least a dozen boats parked in the cove. Everyone was very friendly and it was fun to watch everyone enjoying the day. 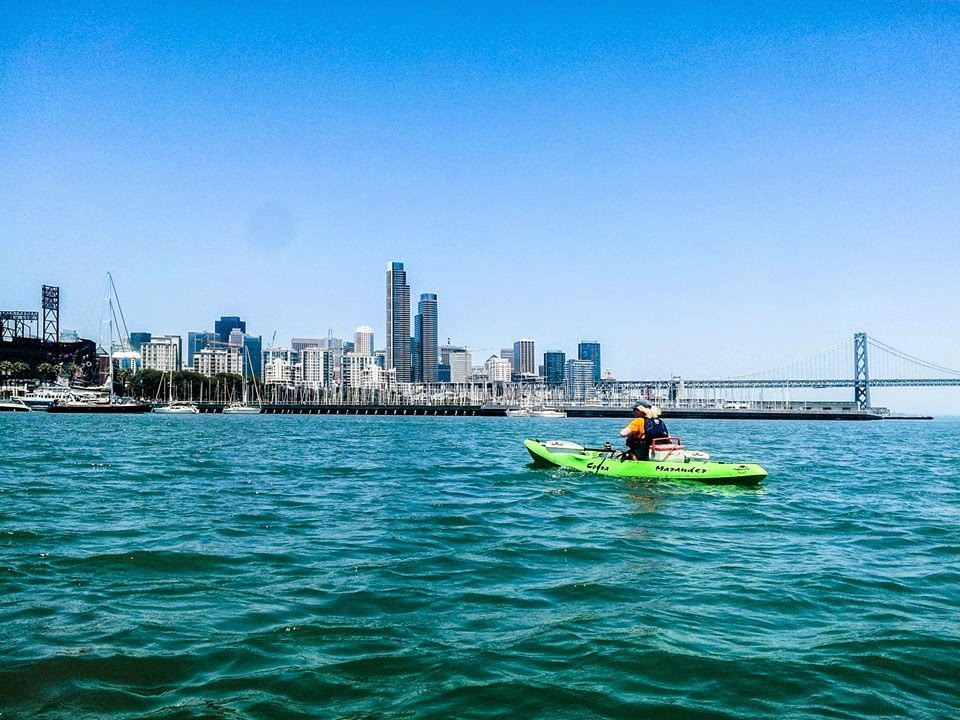 One thing I would do next time is bring a radio with earbuds so I can actually listen to the game. It would be great if the Giants would put speakers up along the Cove so people could follow along. There is quite a bit of noise in the cove from the crowd inside and outside the park which made it difficult to hear the game on our radio. 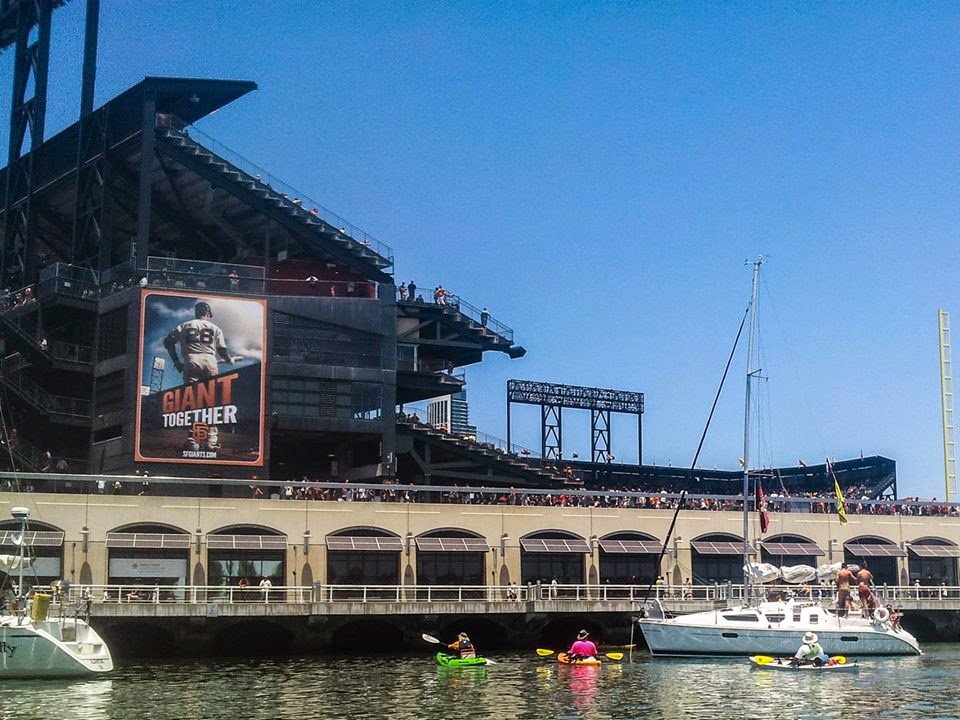 It was a great day and I look forward to doing it again! We even came close to catching a "splash hit!" A home run hit by one of the Mets sailed over my daughter's head and landed only a few feet away. We paddled back to Pier 52 after the 8th inning with the tide in our favor. We did have a brisk headwind for the last quarter mile but we made it safely back in only 15 or 20 minutes from the time we left the cove.

Posted by Kathy Bunton at 11:49 AM No comments: