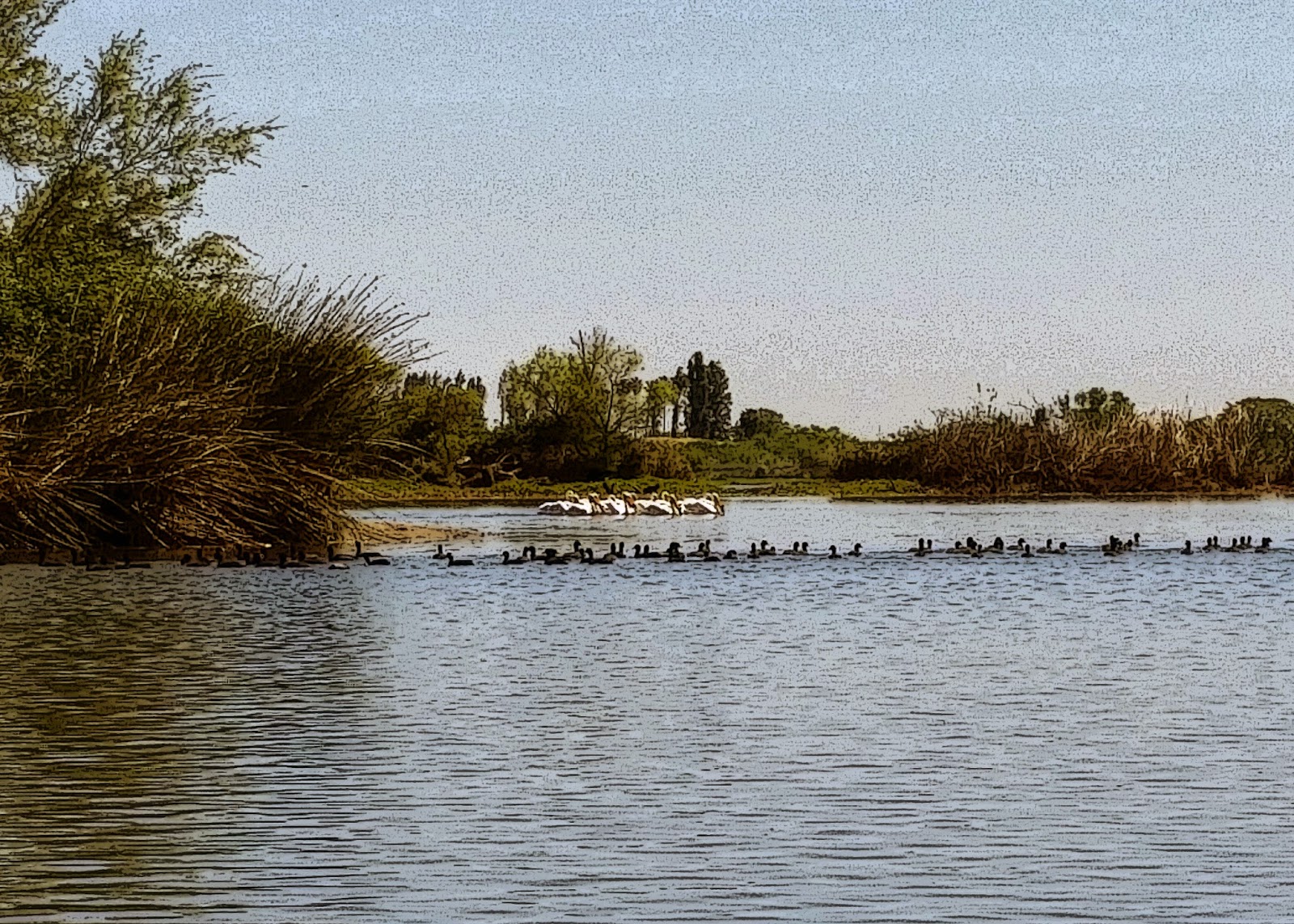 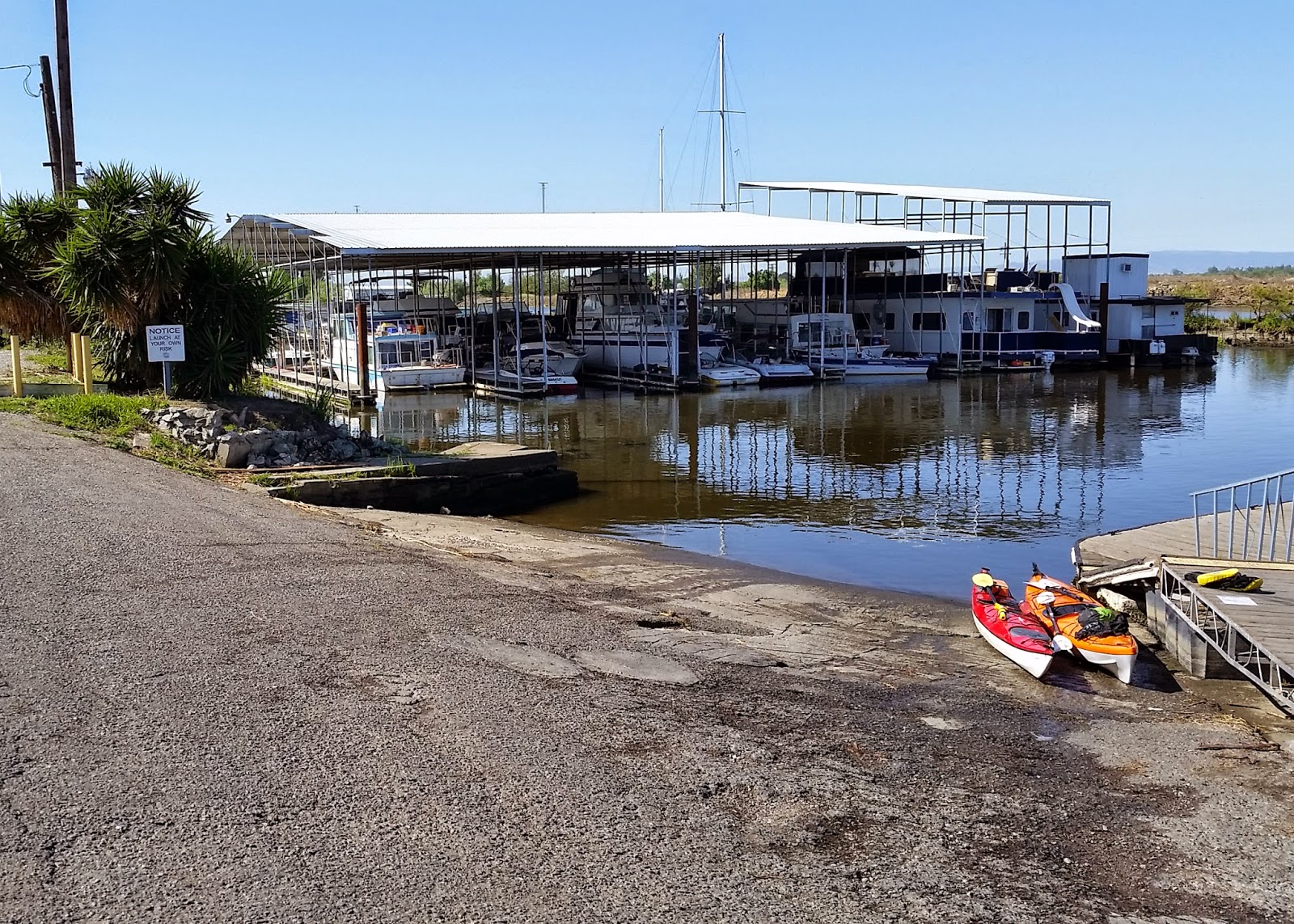 It was another beautiful day on the Delta! We launched from Kings Island Resort at 10:15 with low tide predicted at 11:00 am.  The temperature was in the mid seventies and there was a gentle breeze to keep us cool. 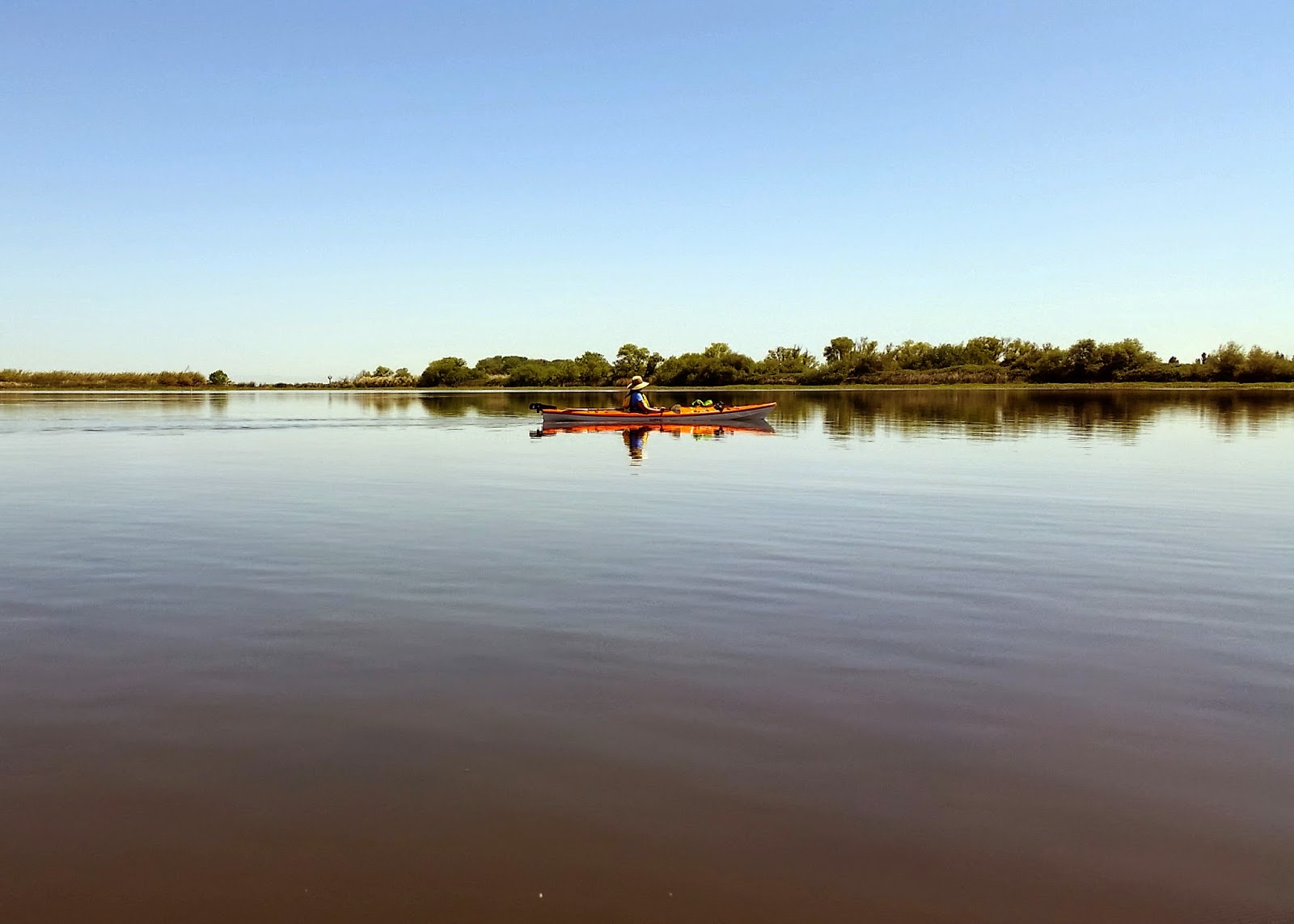 Disappointment slough  was anything but a disappointment. The slough  was dotted with many small islands surrounded by coots, ducks, heron and  egrets. We made our way to Tinsley Island in just under an hour.

Tinsley Island is a private island owned by the Saint Francis Yacht Club. We paddled around the island ever so quietly taking in the lush green vegetation and the elegant yachts moored at the docks. The only sound was the gentle splash of our paddles and the chirping of swallows and other birds filled the air. 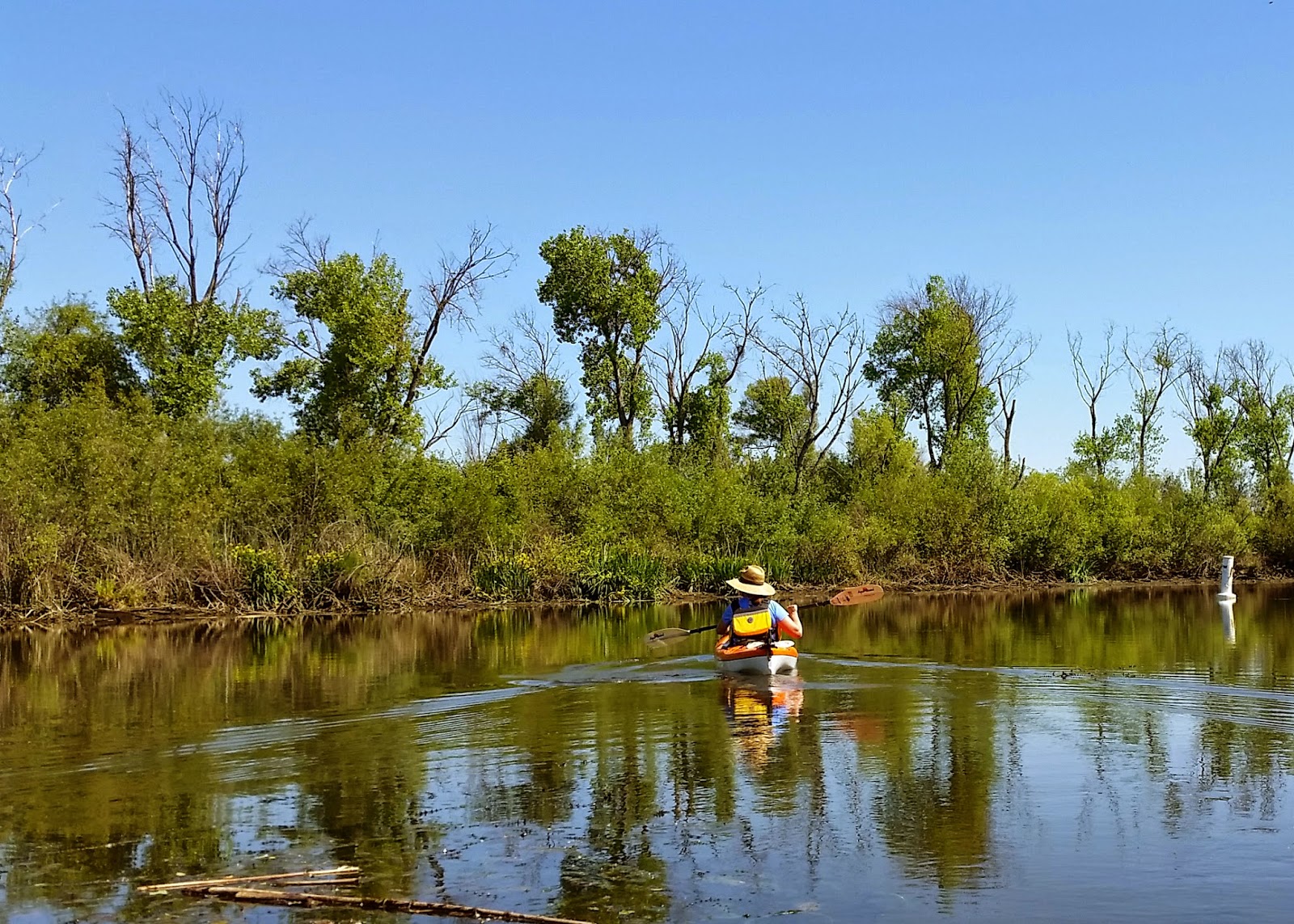 After we rounded Tinsley we found a lovely beach on Fern Island where we enjoyed a quiet lunch. After lunch we continued our paddle around Fern island where we discovered the Delta Yacht Club and a beautiful old restored tug boat called the Brave Duck. I love wooden boats. There's something about them, a charm, that gives each a unique character and personality. 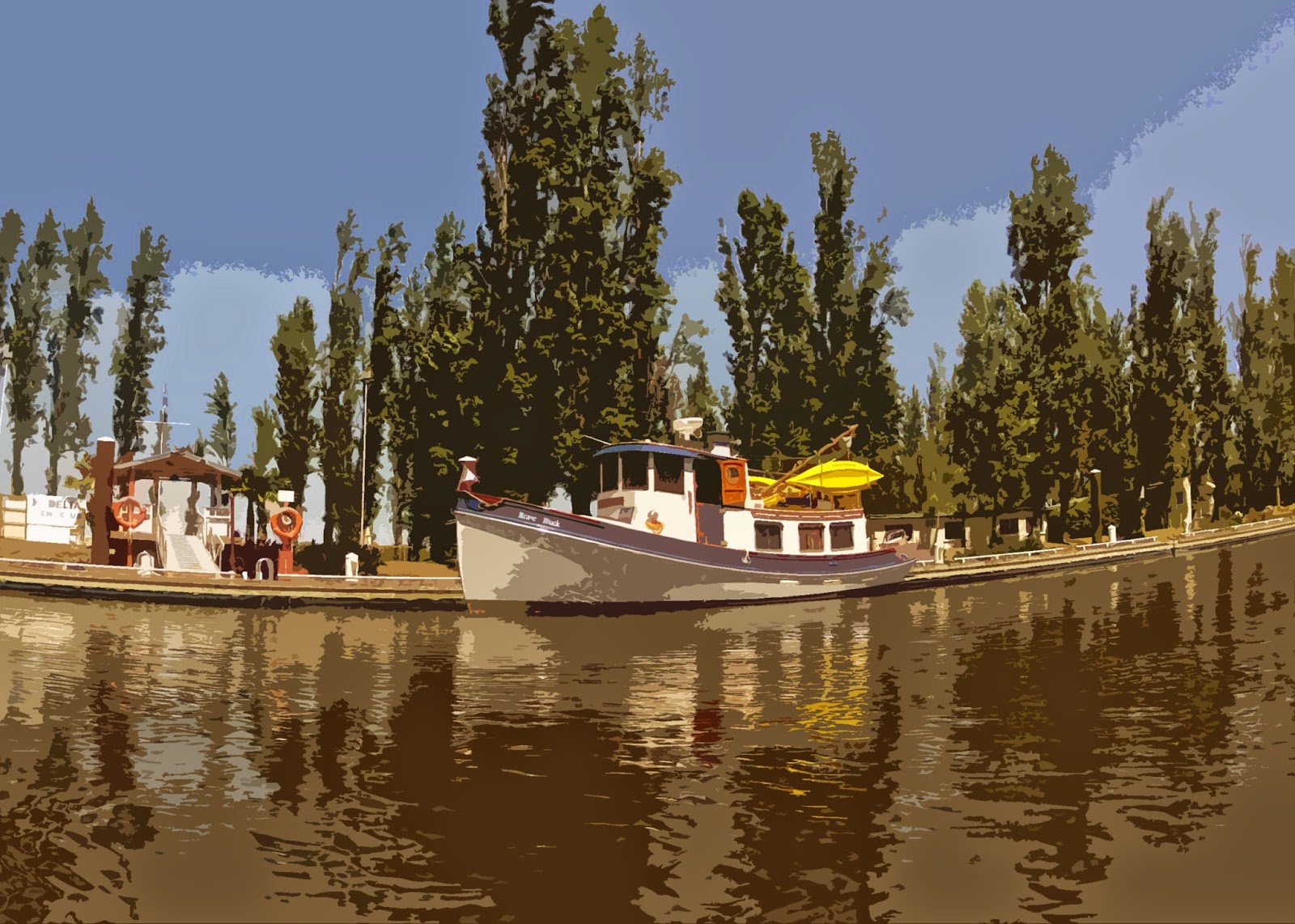 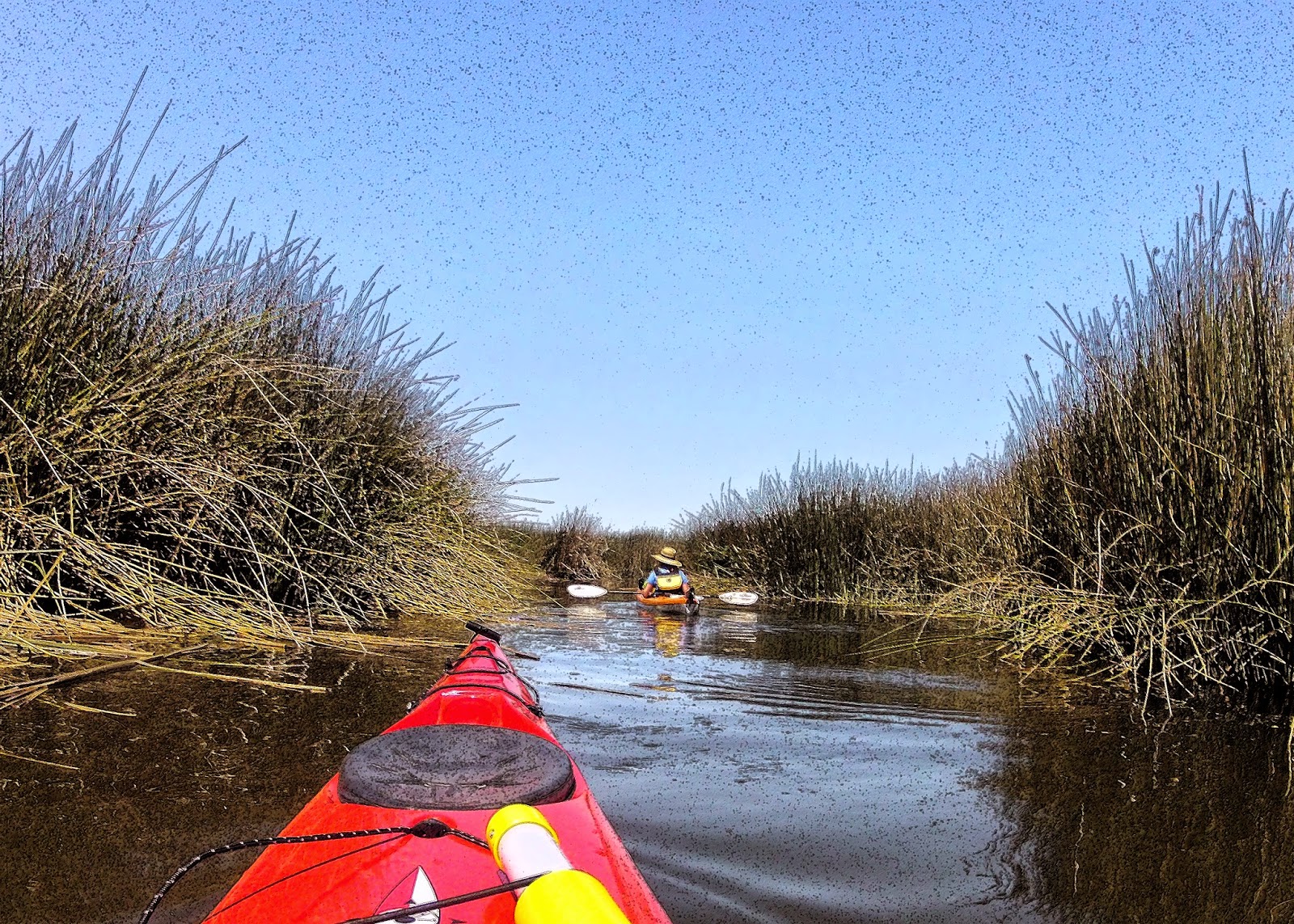 Fern Island was amazing. The island is flooded and paddling within the island we met up with  a flock of white pelicans. There were also coots and heron and egrets and I even spotted an osprey. Fern Island is adjacent to Headreach Island which is next to Tule Island and there were many entrances to hidden passages that just begged to be explored. We entered one such passageway and I escaped near disaster as my boat slid on top of a submerged steel fence post. I quickly reached a narrow beach to check the bottom of my boat and make sure I hadn't sprung a leak but in my haste I dropped my GoPro and hadn't noticed it float away. Thankfully after a brief search, Gina located my camera and we carefully exited the area. 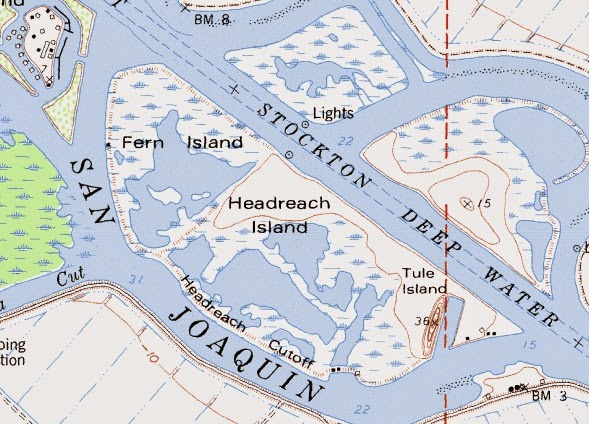 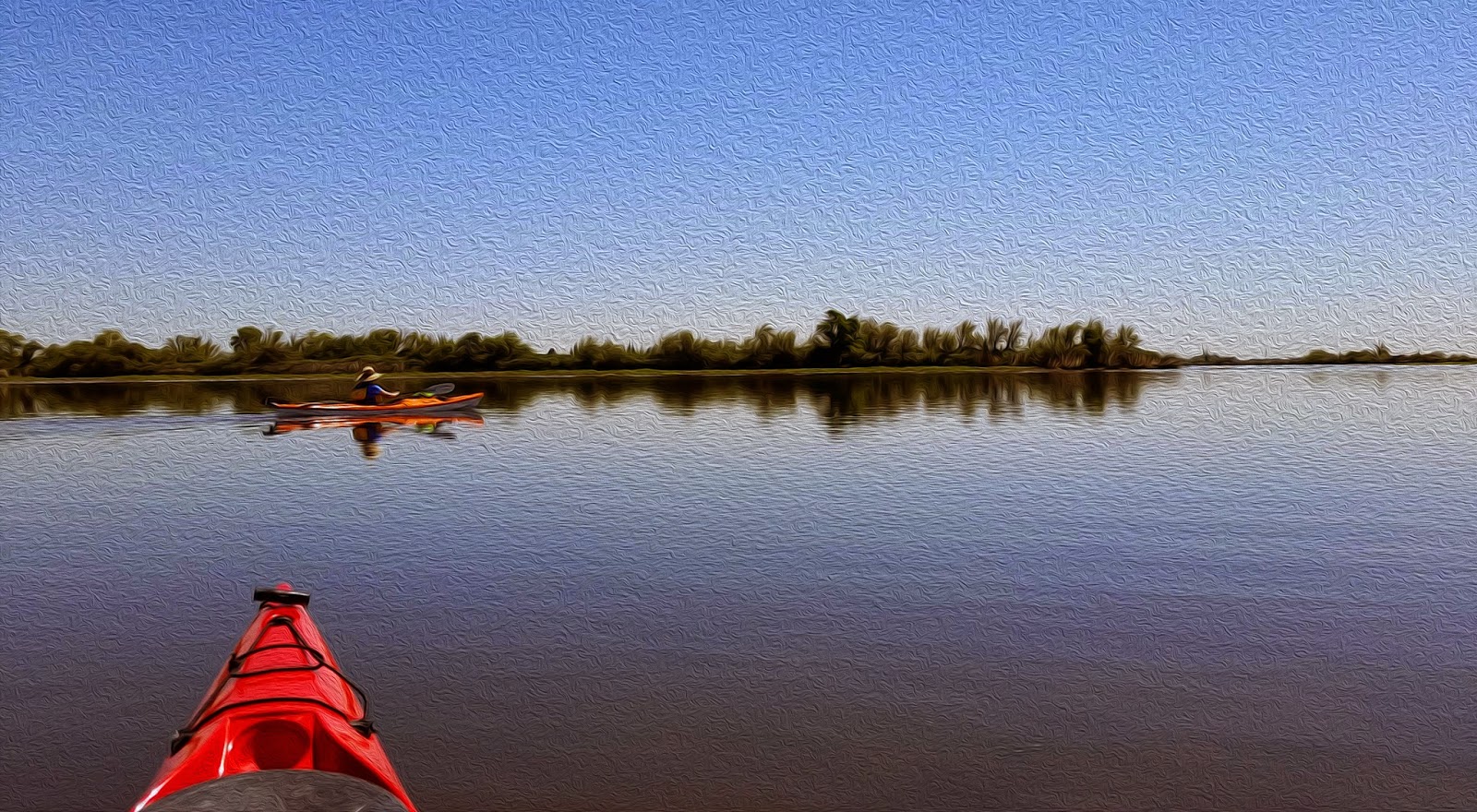 We passed the easternmost tip of Fern/Headreach/Tule Island and entered the Stockton deep water channel. I'm amazed how large ships can pass through what seems like a small channel. As we entered the channel we spotted a couple of geese with some new babies. We tried to catch up to them but the current was moving at a pretty fast clip against us so we decided to cross the channel and make our way home. 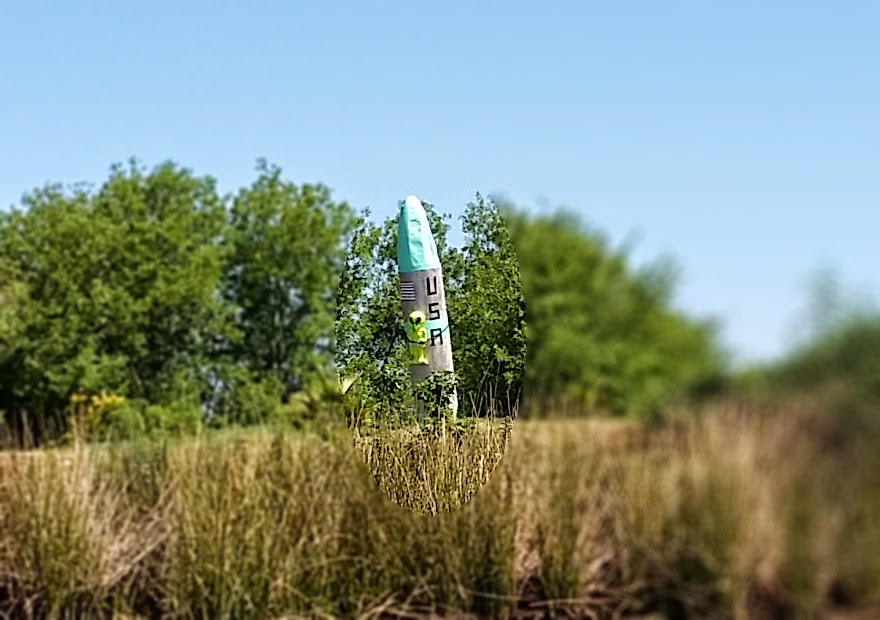 We covered just over 8 miles and I look forward to returning to do some more exploring! 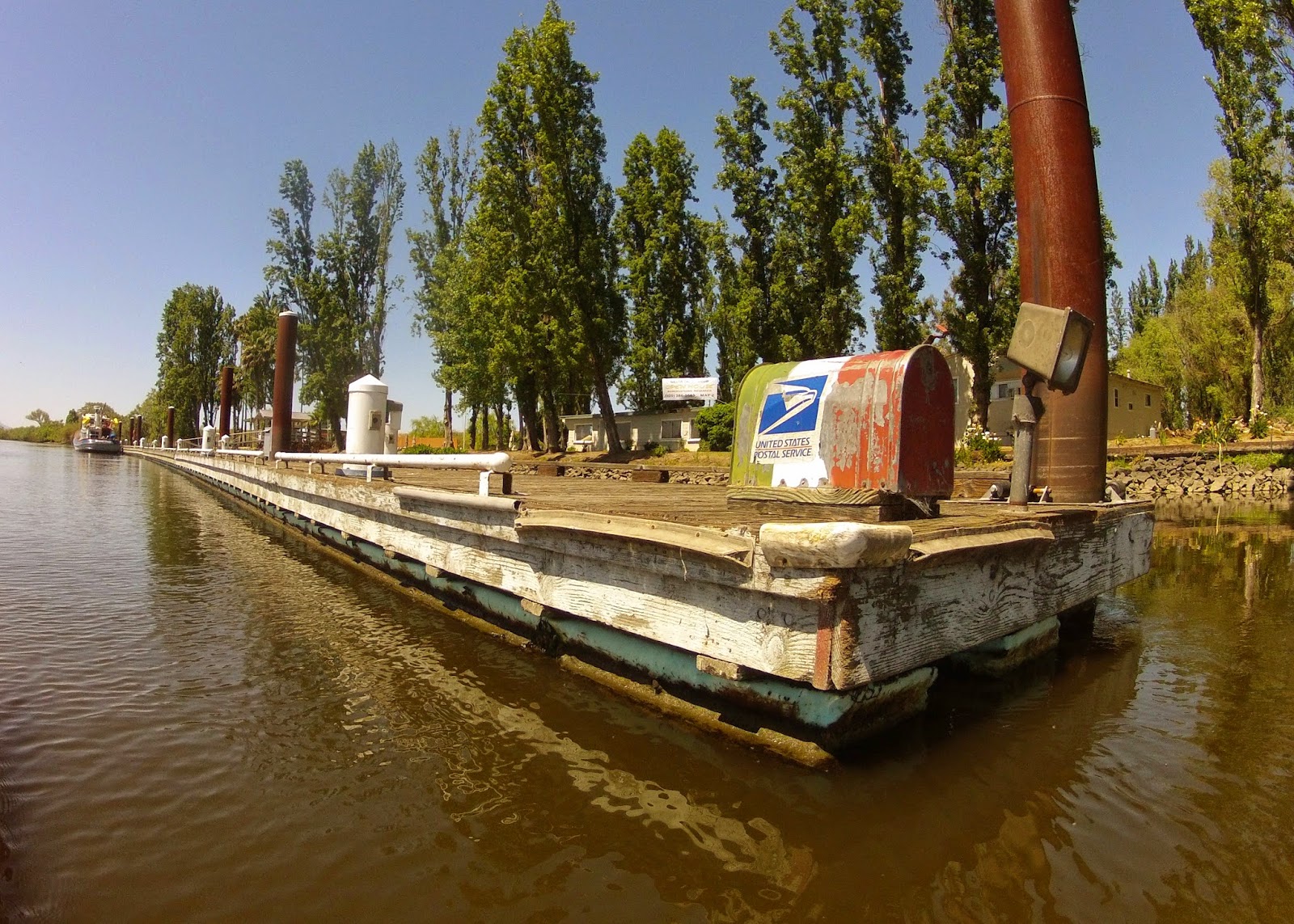 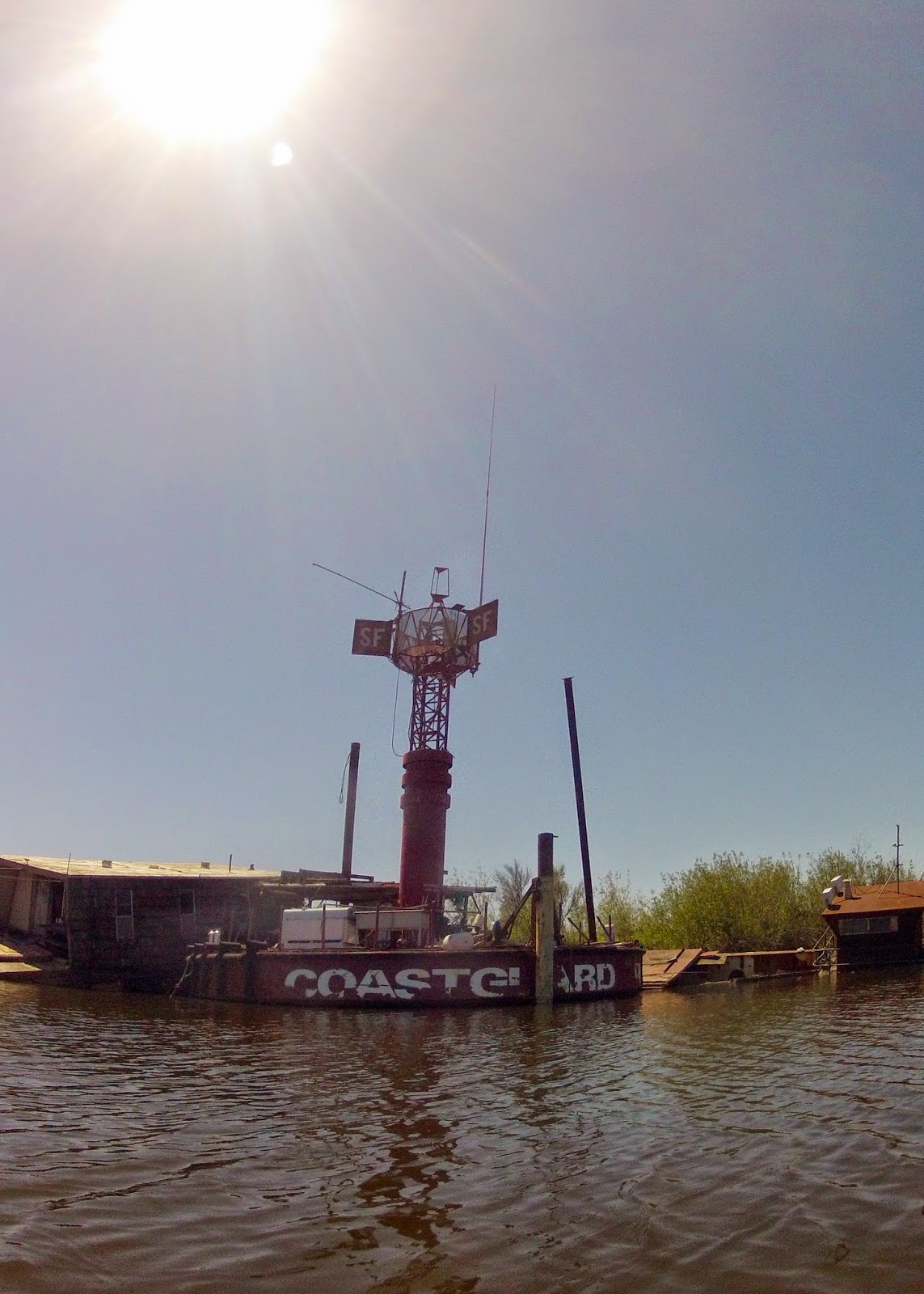 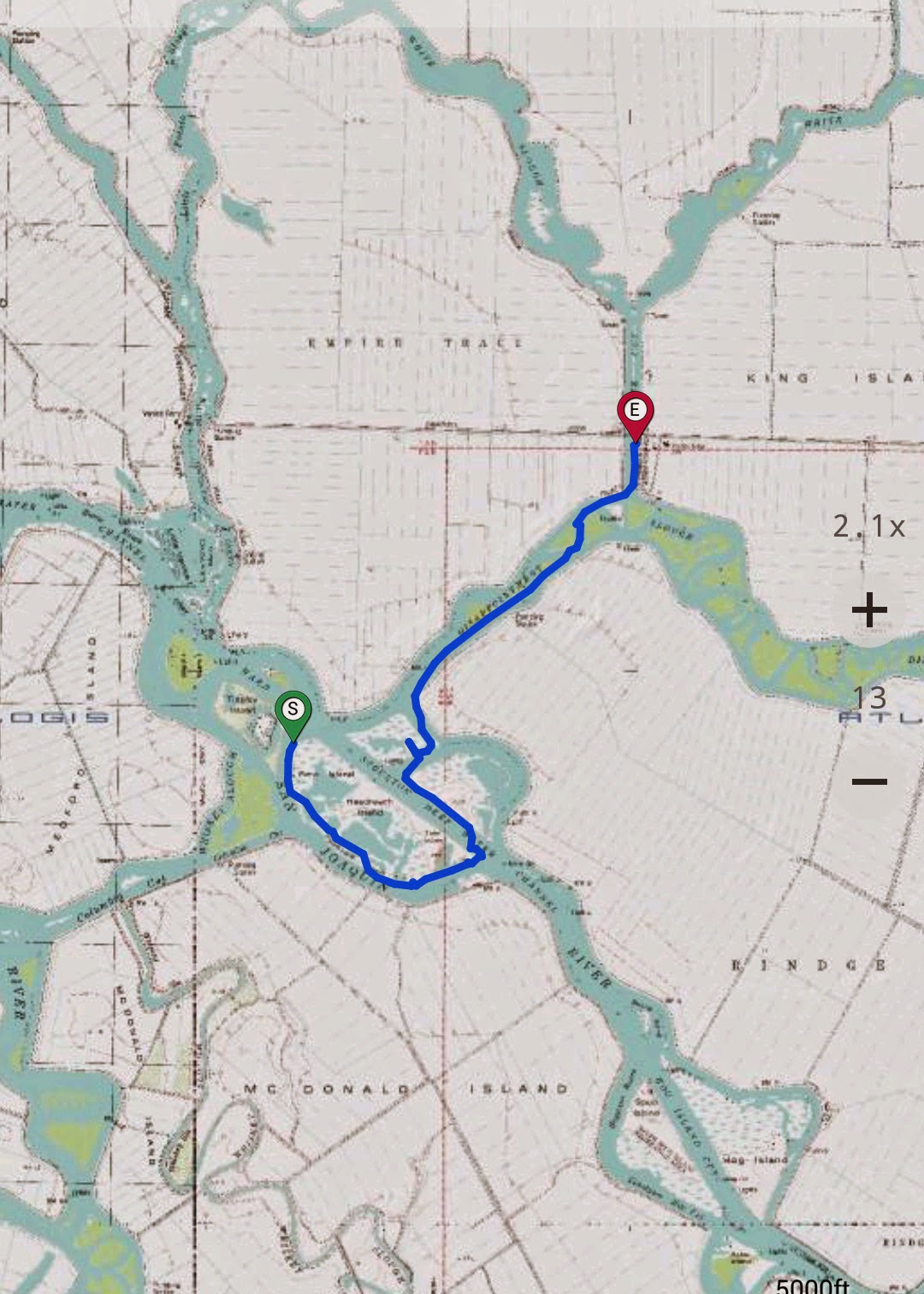 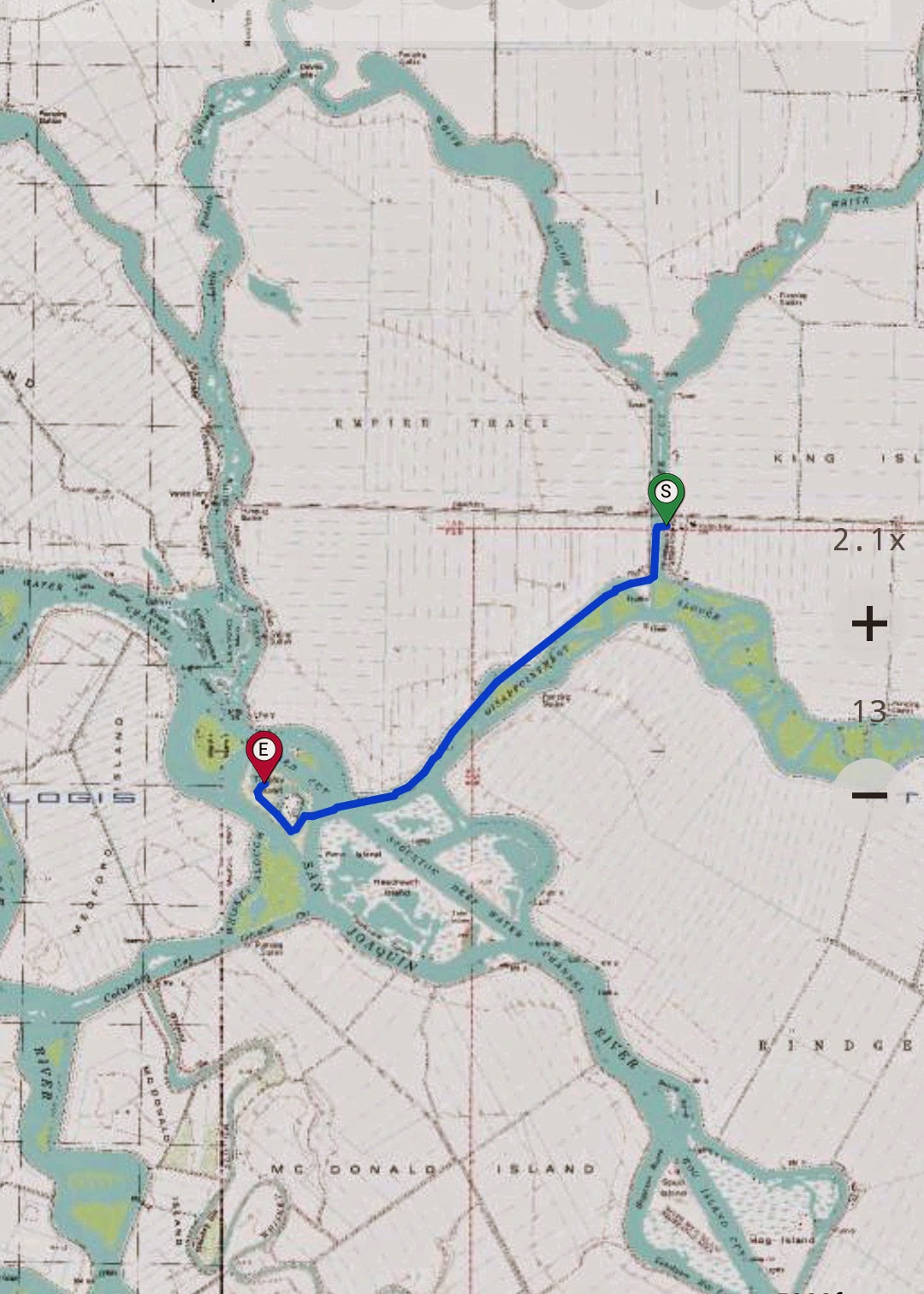 Posted by Kathy Bunton at 7:33 PM No comments: