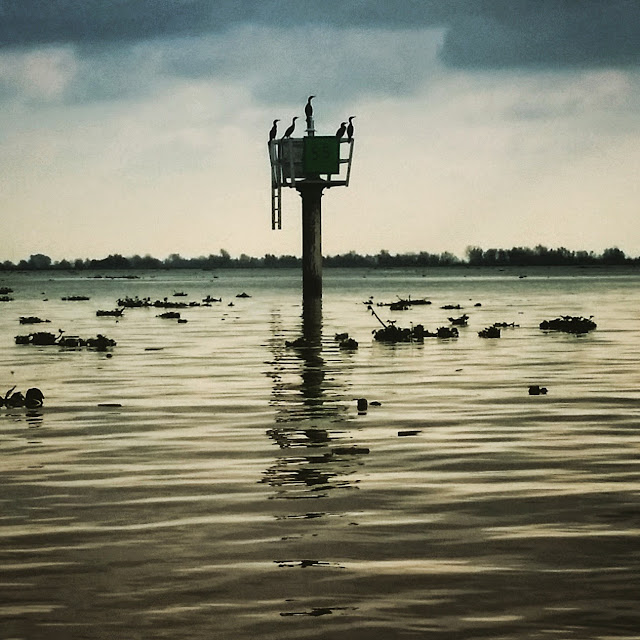 It was a beautiful day on the Delta today although the hyacinth is taking over. We launched from Korths Pirates Lair at 12:20 and paddled with the incoming tide to Mandeville Tip. 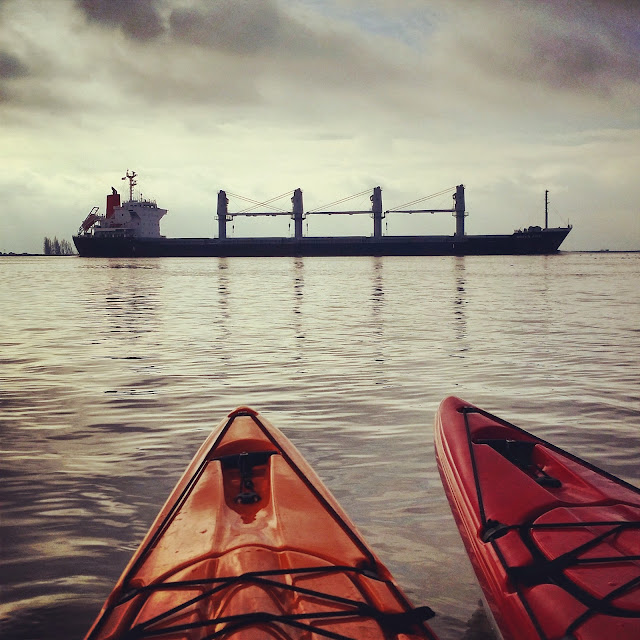 It was a busy day on the San Joaquin River for ships. It's the first time I encountered more than one ship during an outing. We stayed clear of the shipping channel and paddled just outside the markers. After 4 miles we rafted up and ate lunch as we watched the Queen Asia pass in front of us. 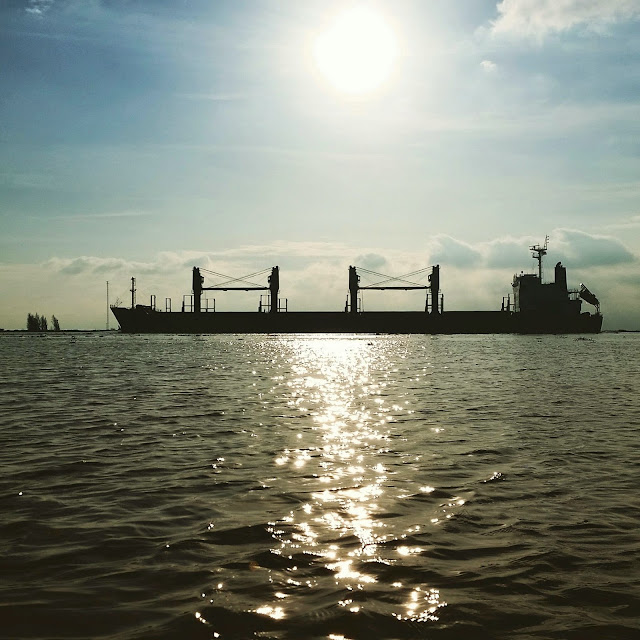 We picked up our pace so we wouldn't have to paddle against the changing tide and we arrived at our destination at 2:00. We weren't able to explore the island like I would have liked but that gives me another reason to return. After a brief rest we began our return to the put - in.

We had a nice south easterly breeze at our backs and the tide was going out so we practically flew back to the marina. When we reached the channel to the ramp we were met with a thick mat of hyacinth about 100 yards long. Our passage was blocked and I worried we would be unable to make our way to the marina because it had been blocked earlier. Thankfully we were able to squeeze through and make it to the dock. 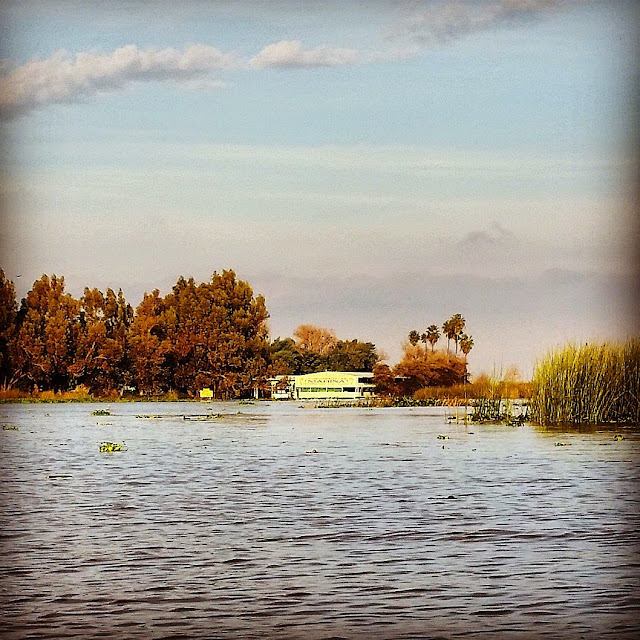 If you encounter hyacinth when paddling make sure and report it to the department of boating and waterways and try to include a picture. I was heartbroken to see miles of hyacinth blocking Brannan Island Time marina and Owl harbor. Please contact your representatives and let them know how the hyacinth is impacting the Delta. 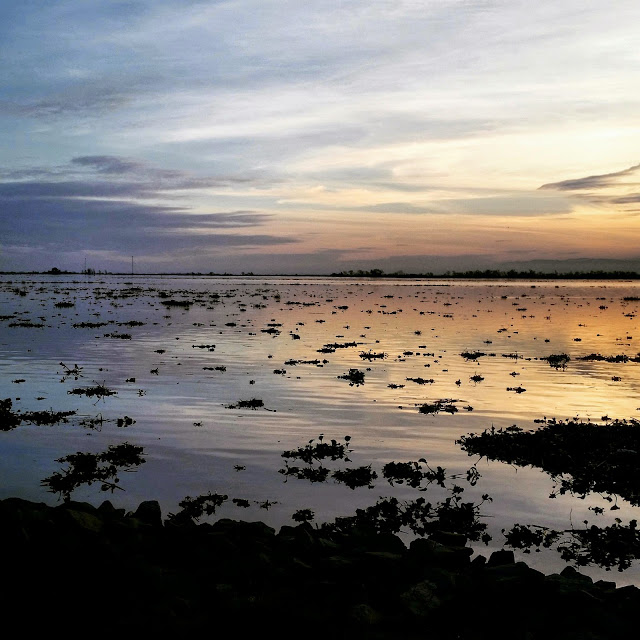 Posted by Kathy Bunton at 10:23 PM No comments: 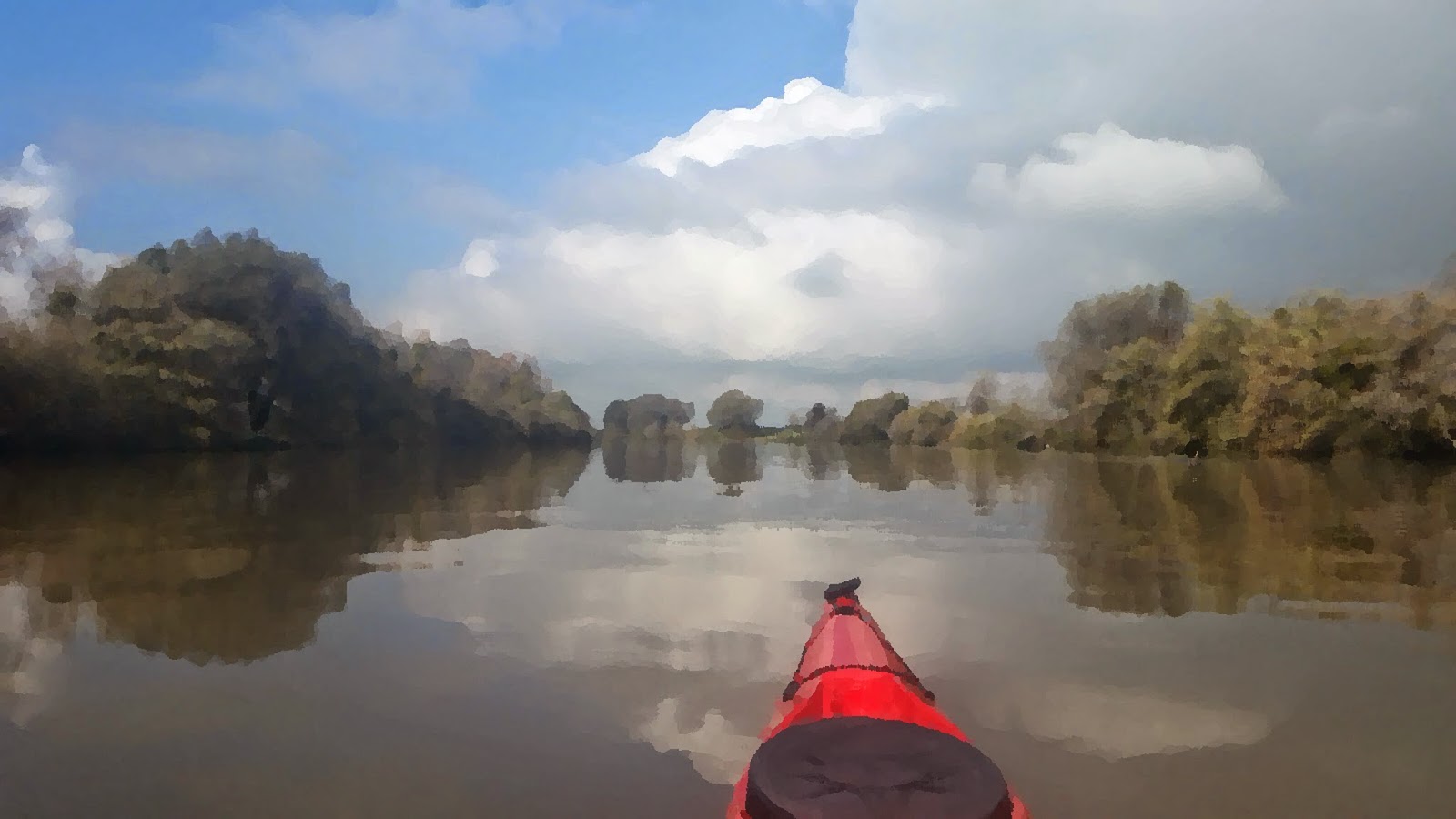 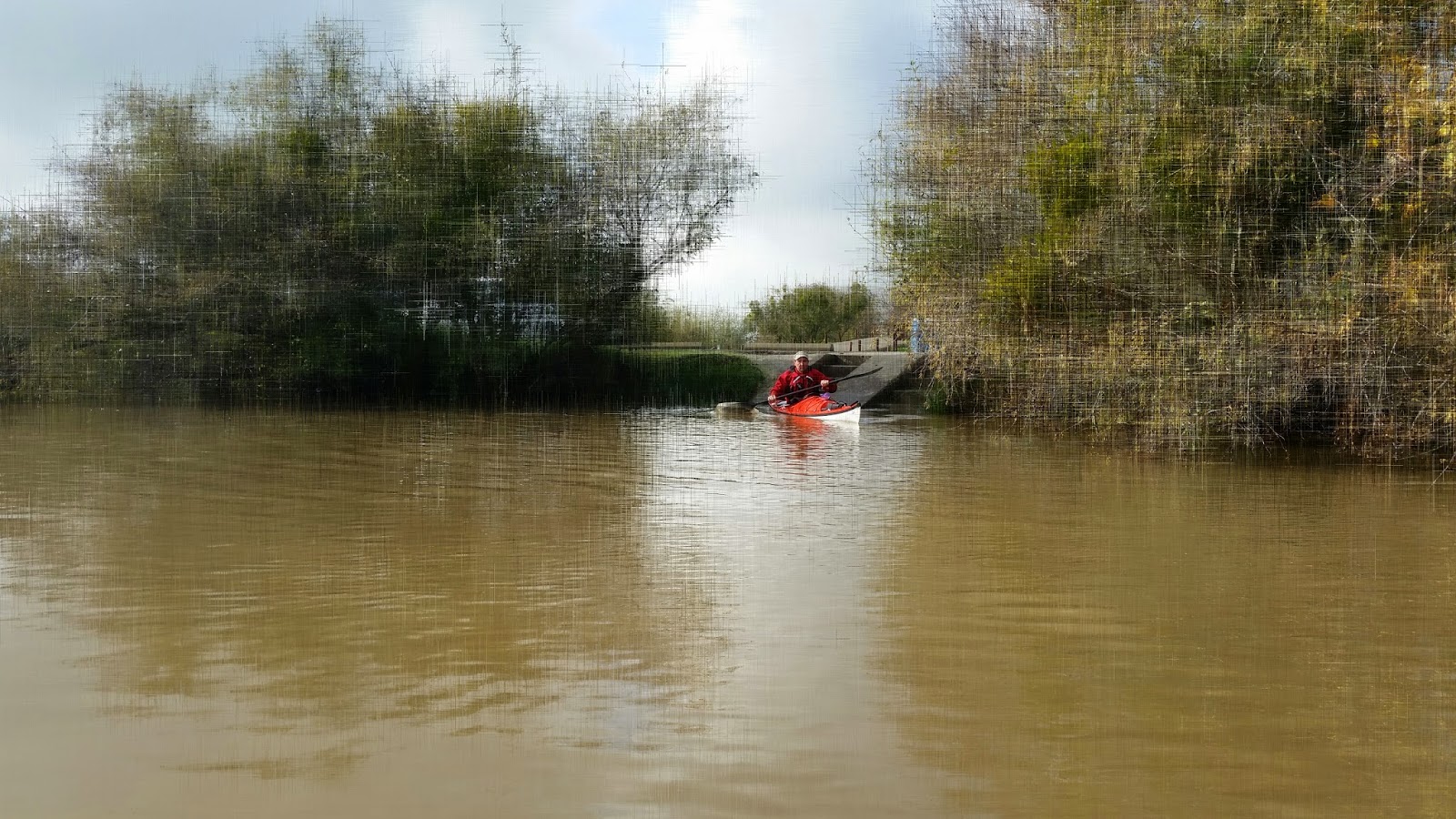 It was great to get on the water today! Because of dense fog and the recent storms it has been nearly a week since I've paddled. It looks like we're between storms so I wanted to get out there while I could. My friends and I launched from Georgiana Fishing Access located on Andrus Island road. This is a nice little spot to put in and has a small launch for human powered craft. There is a porta potty but no other services nearby. High tide was predicted at 12:00 for New Hope bridge. We launched at 11:20 and headed north towards Walnut Grove. 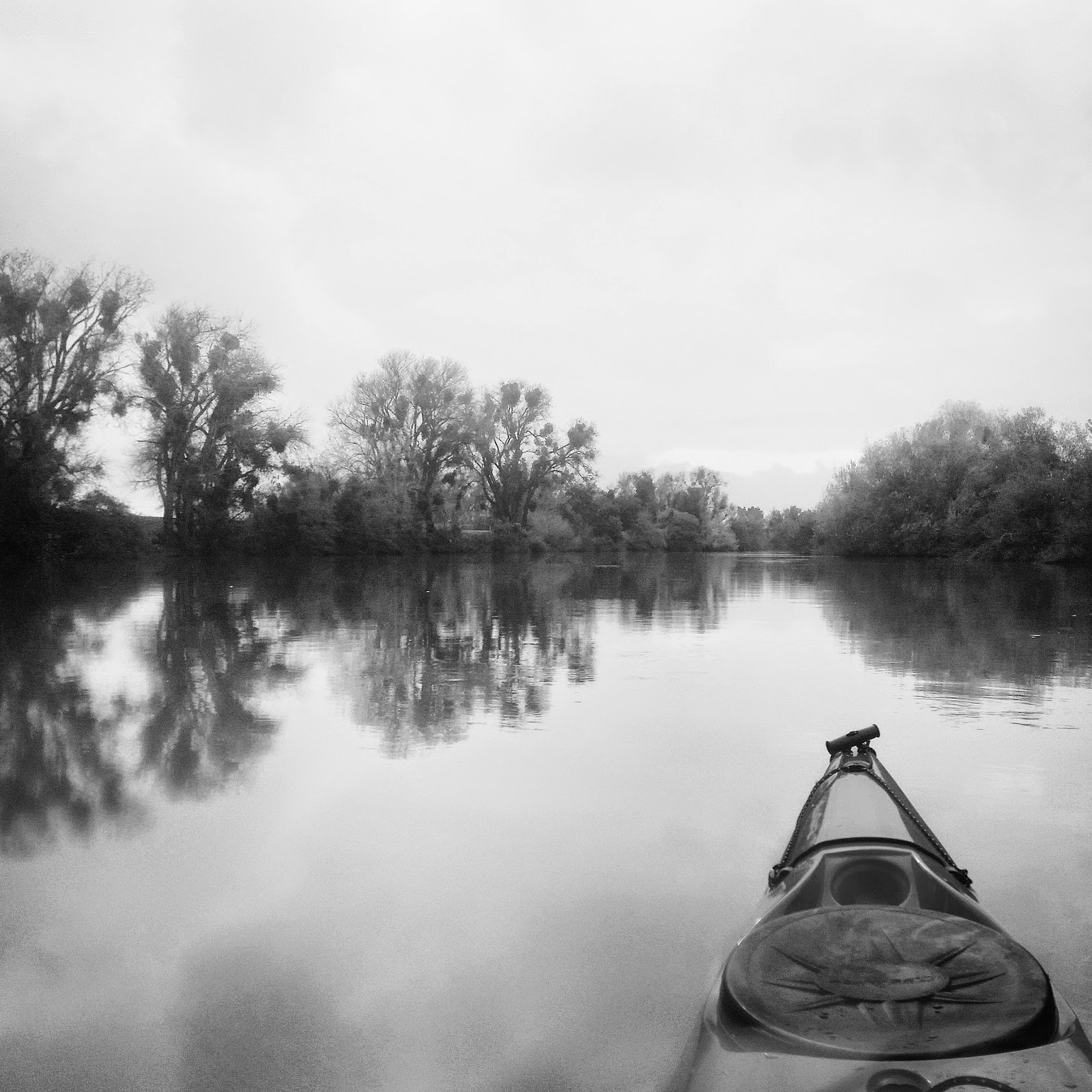 The water level was the highest I've seen in awhile and the incoming tide had little effect on the moving water. Normally you can ride the incoming tide to Walnut Grove but today we paddled against the current to get to our destination. The current wasn't too strong when we started but progressively became faster as we paddled north. Usually we can paddle 3 miles in under an hour at a leisurely pace but today it took us nearly 2 hours to reach the Sacramento River but it was worth every stroke. We encountered one powerboat today as we were putting our boats in and met a fellow kayaker on our return. It was just us and the birds for the majority of our time on the water. 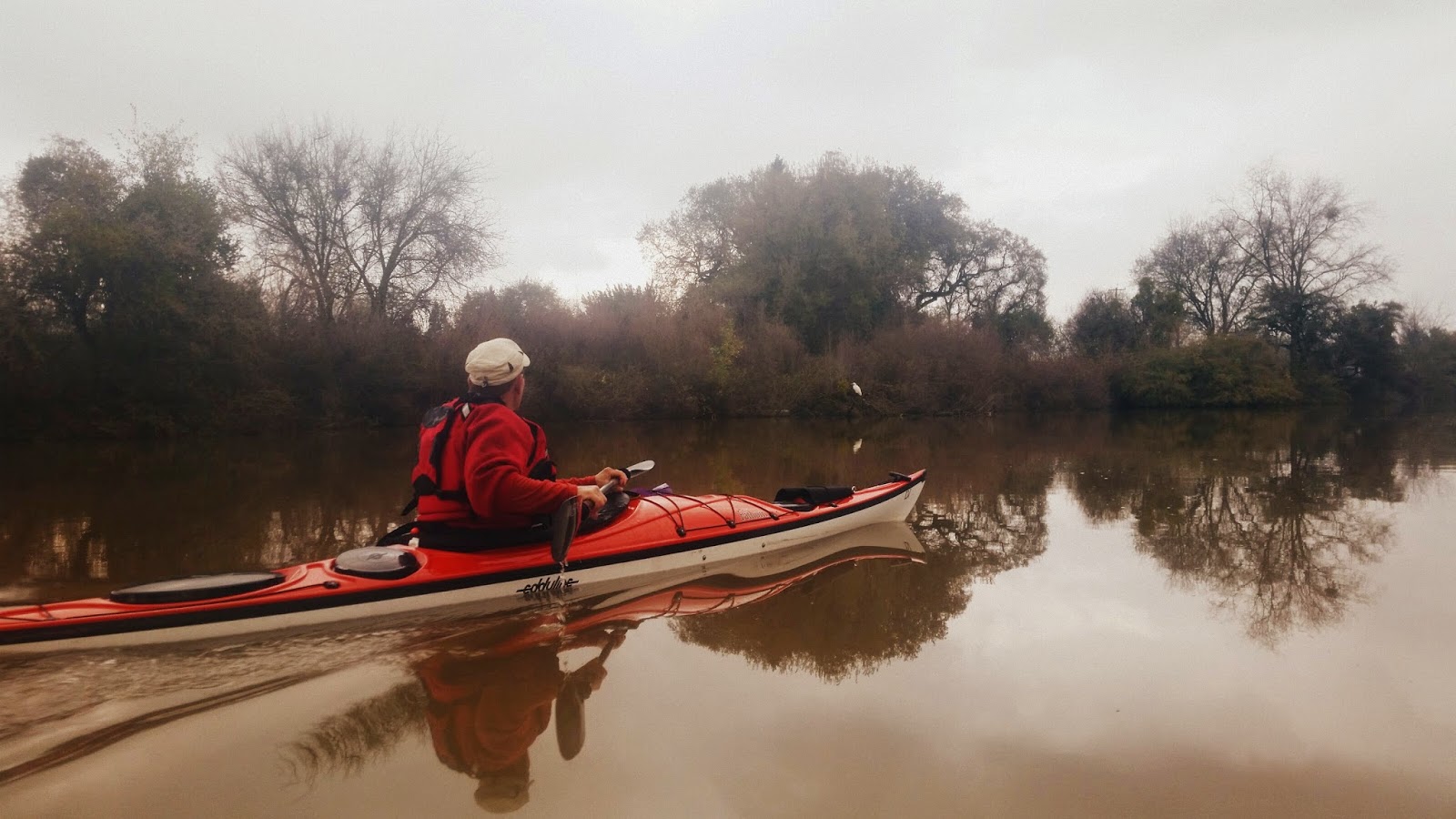 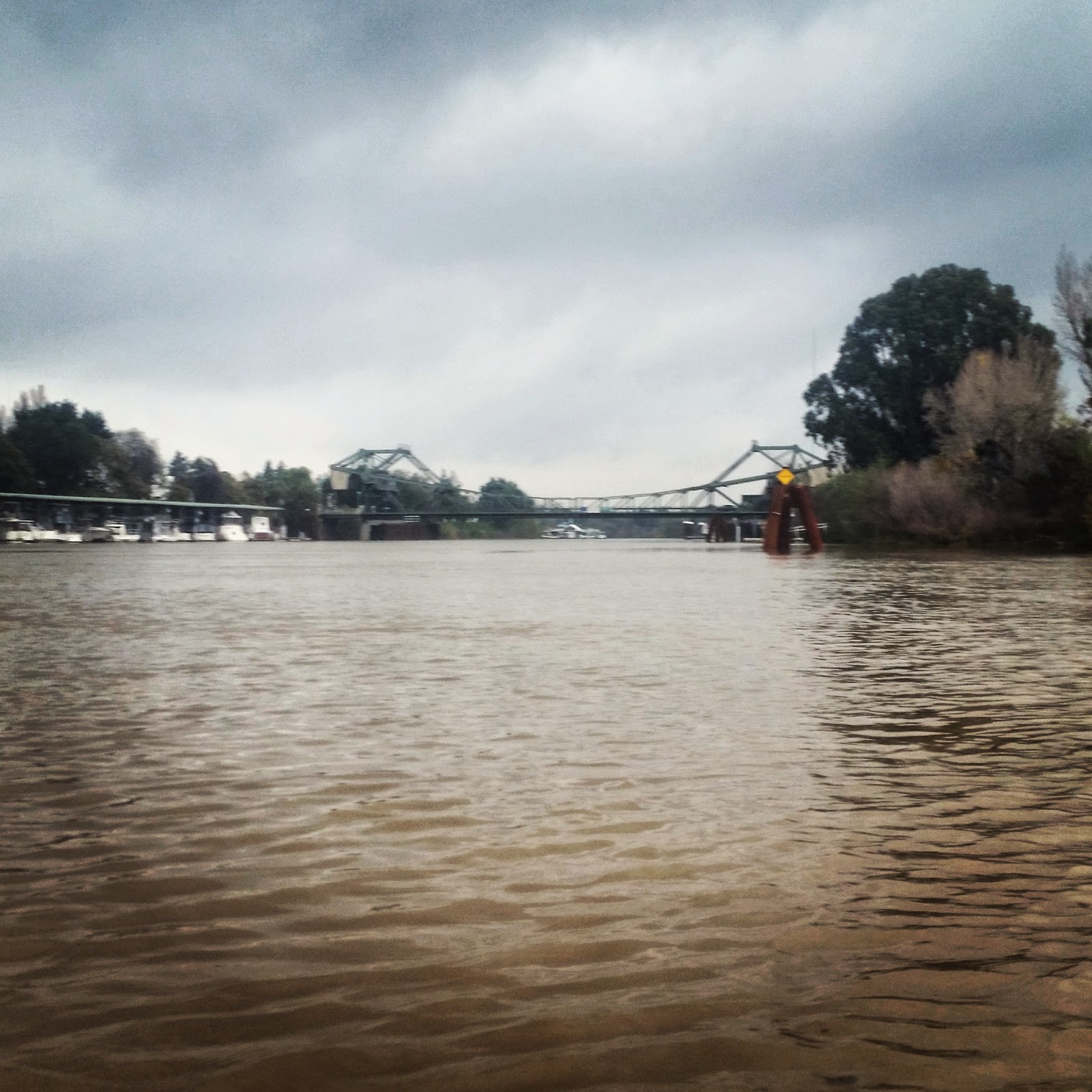 The water was stained a muddy brown from the recent storms and the sheer volume of water was impressive. It's awesome we're getting much needed rain! We spotted several hawks, egrets and even some Sandhill cranes filled our ears with their noisy chatter. Blackbirds filled the sky and ducks startled us as they crashed through the brush to escape our intrusion. We passed under the Georgiana Slough bridge and continued a couple hundred yards to where the slough meets the Sacramento River. We didn't feel like battling the increasing current to get to the public dock in Walnut Grove so we turned around and found shelter from the current at a nearby private dock. We stayed in our boats as we ate a snack then had a speedy return with the current back to the put in. It only took us 50 minutes to paddle the 3 miles back to the put in and I can't say we paddled very much. We mostly floated with the current taking in the scenery and enjoying the ride. 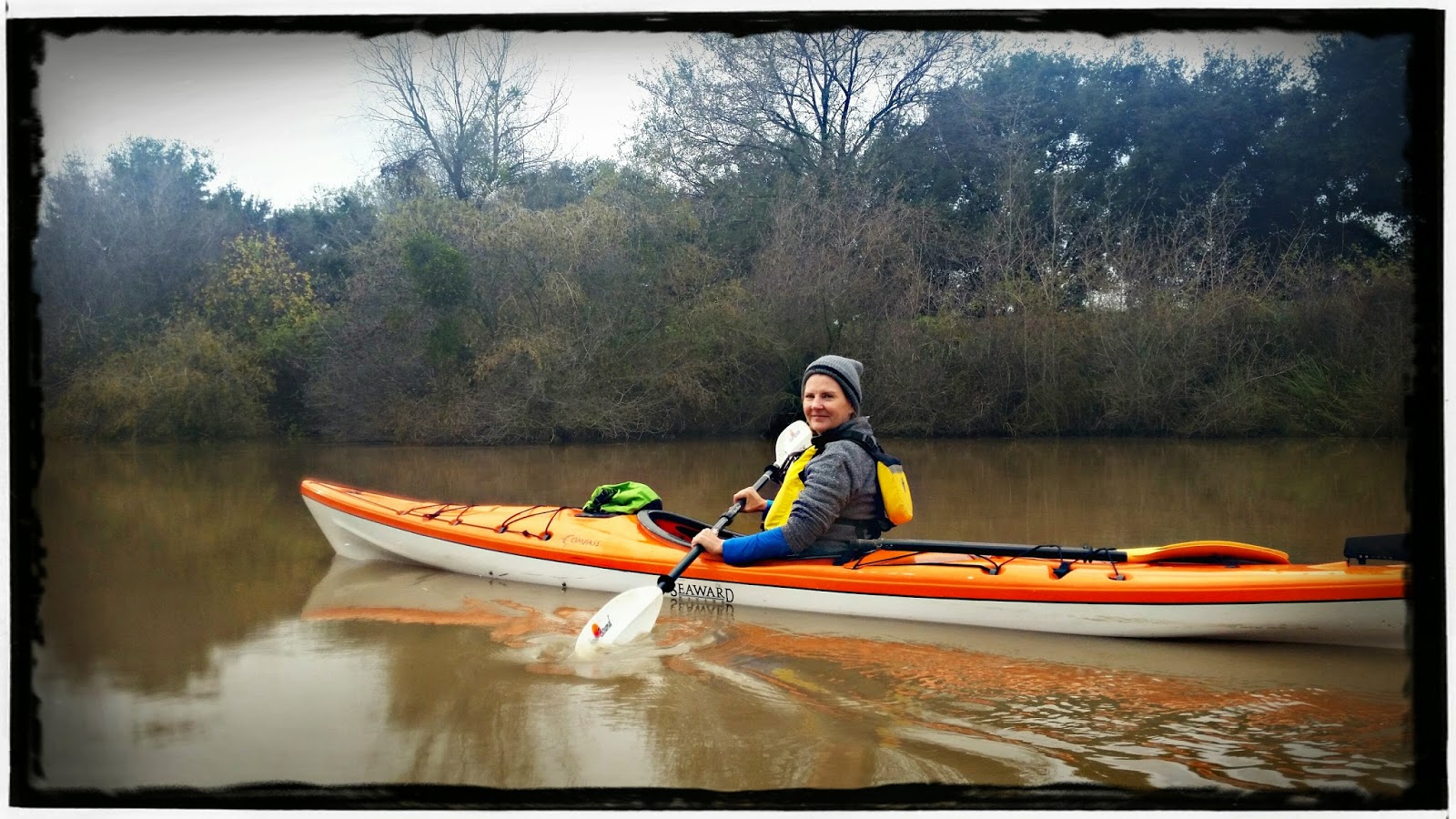 A magnificent day on the Delta! 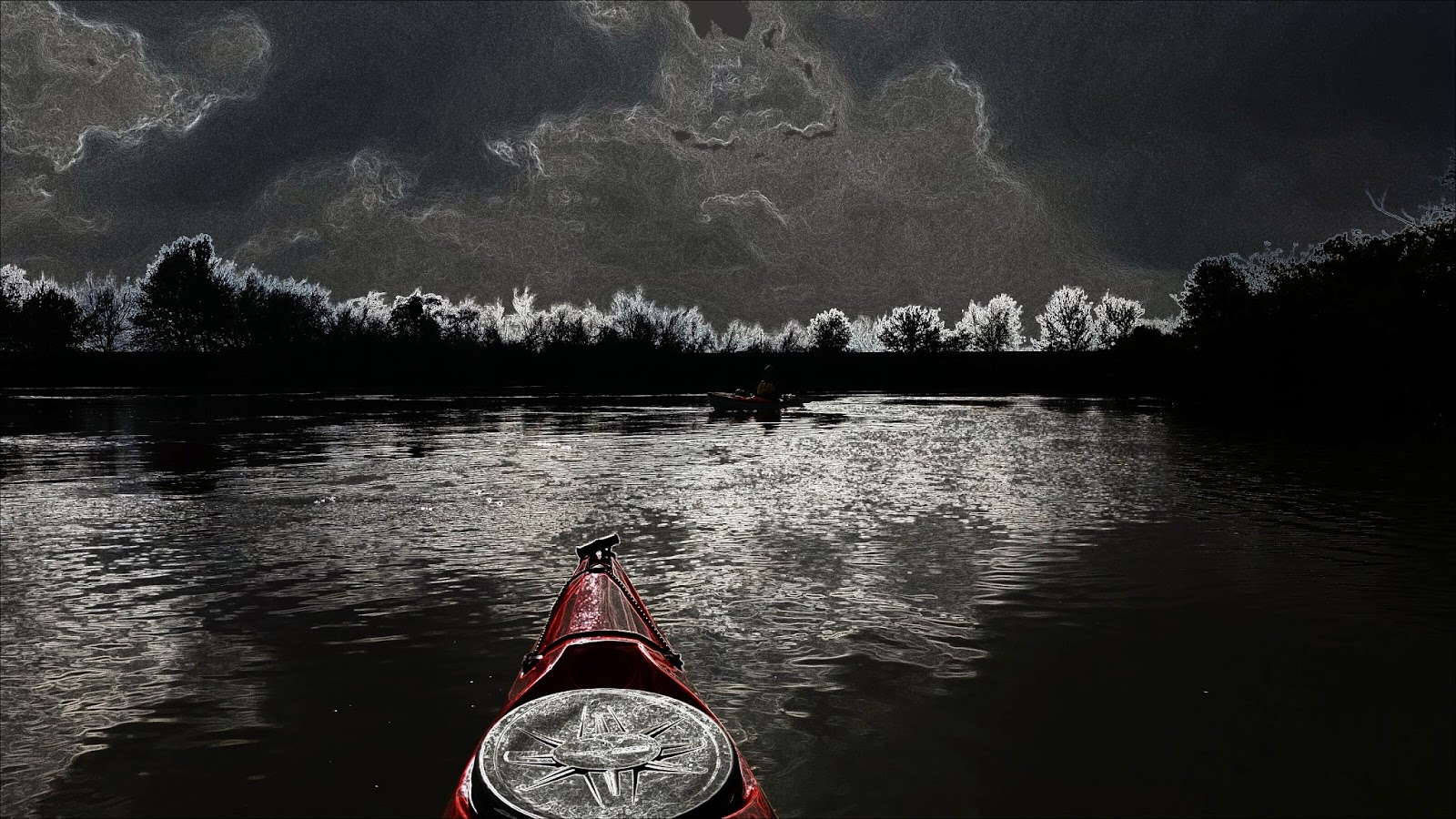 Posted by Kathy Bunton at 7:57 PM No comments: 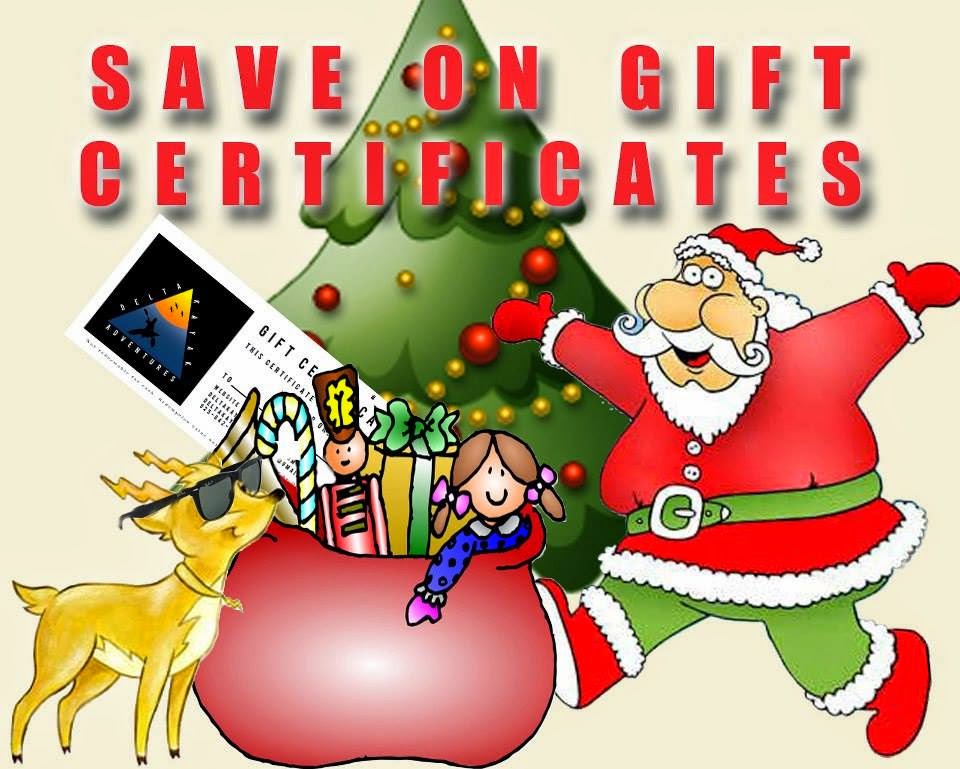